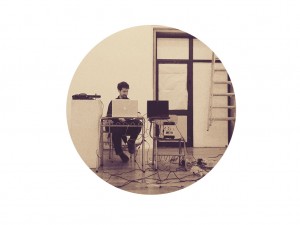 Pablo Garretón is a chilean composer, Licentiate in Music Composition and Master of Arts from the Catholic University of Chile, where he studied with Cristian Morales and studied a Master of Electronic Music with Michael Beil at the Hochschule für Musik und Tanz in Cologne.

Garretón focuses his works in instrumental and electroacoustic music as well as interactive art, multimedia, performance and analogue synthesizers. He participated as composer and performer with live electronics in various theater and dance companies. Since 2010 he is also part of the Taller Ciclo, with which he has developed various musical works related to electroacoustic music and improvisation. His works have been played in Chile, Argentina, Perou, Finland and Germany where his concerts with Musik Fabrik, Ensemble Garage and Electronic ID stand out.

He has received scholarships from the Goethe Institute and the Festival for New Music Theater Munich to work in two art residencies in Buenos Aires and Lima. In 2017 he participated in a three months multidisciplinary art residency in Berlin with the Drittes Territorium Project working with sounds of the city’s abandoned places.

Garreton was awarded with a two years scholarship of the Chilean Ministry of Culture and recently got a prize at the Acht Brücken Festival’s International Composition Competition. He recently finished a residency program in Paris at the Cité International des Arts with a six months scholarship from Nord-Rhein Westfalen Ministry of Culture and Science. He is currently in his last year of a Konzert Examen program in composition at the HfMT in Cologne.